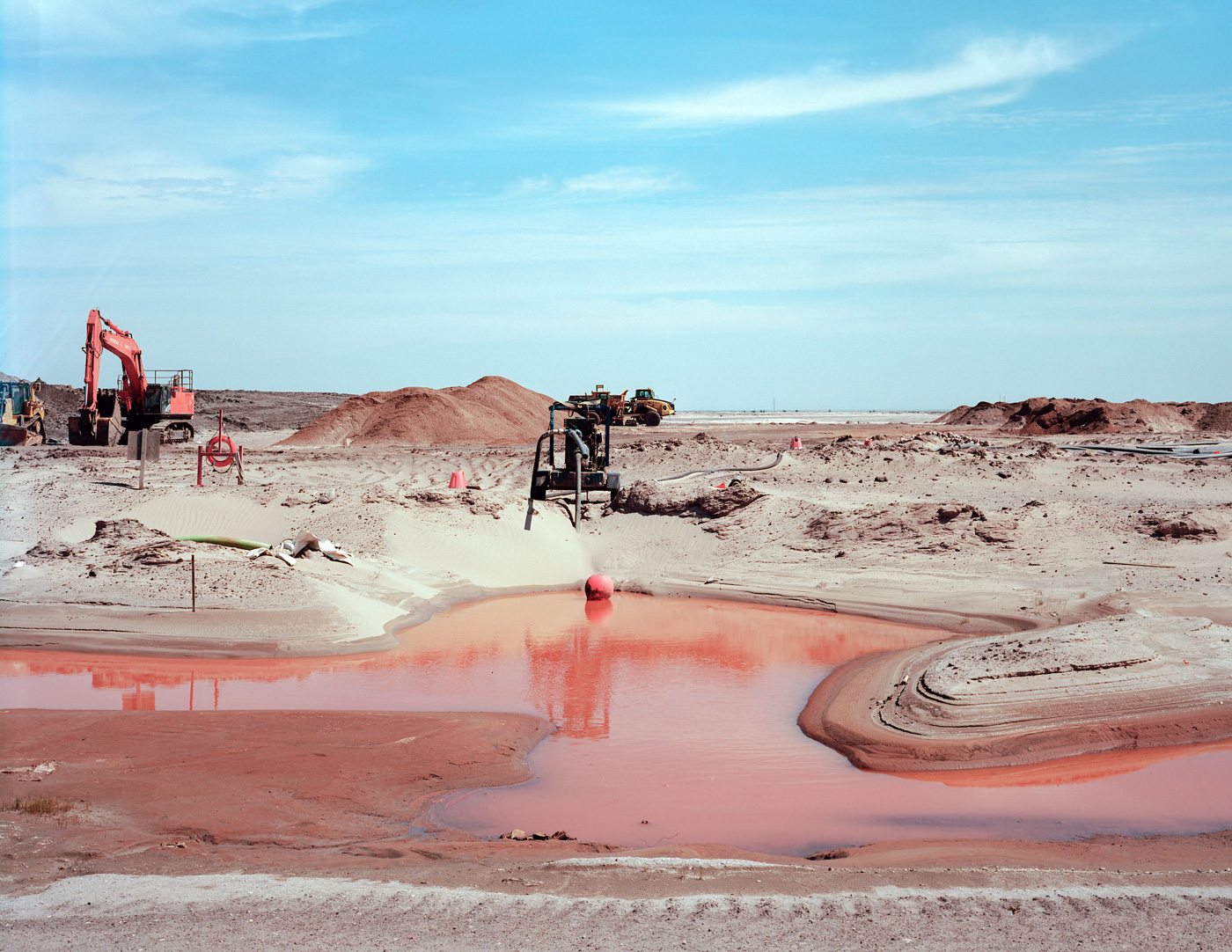 For over a decade the Keystone XL Pipeline was planned to run from Hardisty, Alberta, to Steele City, Nebraska. Because the pipeline is a buried, hidden thing, I went to Alberta in May 2017 to see what goes on aboveground—how the land where the oil comes from is treated. I started my trip north of the Hardisty refinery in Fort McMurray, Alberta, the center of the tar sands mining industry, and spent six weeks exploring two provinces and three states, driving several thousand miles to see the landscape the 1,100-mile pipeline would go through. my trip involved looking at water along the way, staying within range—and always downstream—of the proposed pipeline.

In October 2019 I returned to Montana to meet landowners whose property the pipeline would cross. Farmers, ranchers, and tribal elders were generous with their time, showing me their land, and describing the impact pipeline construction and the inevitable leaks would have. When the pipeline was originally proposed in 2008 opposition along the route was strong and well organized. The project was withdrawn in 2021.

More information about this project