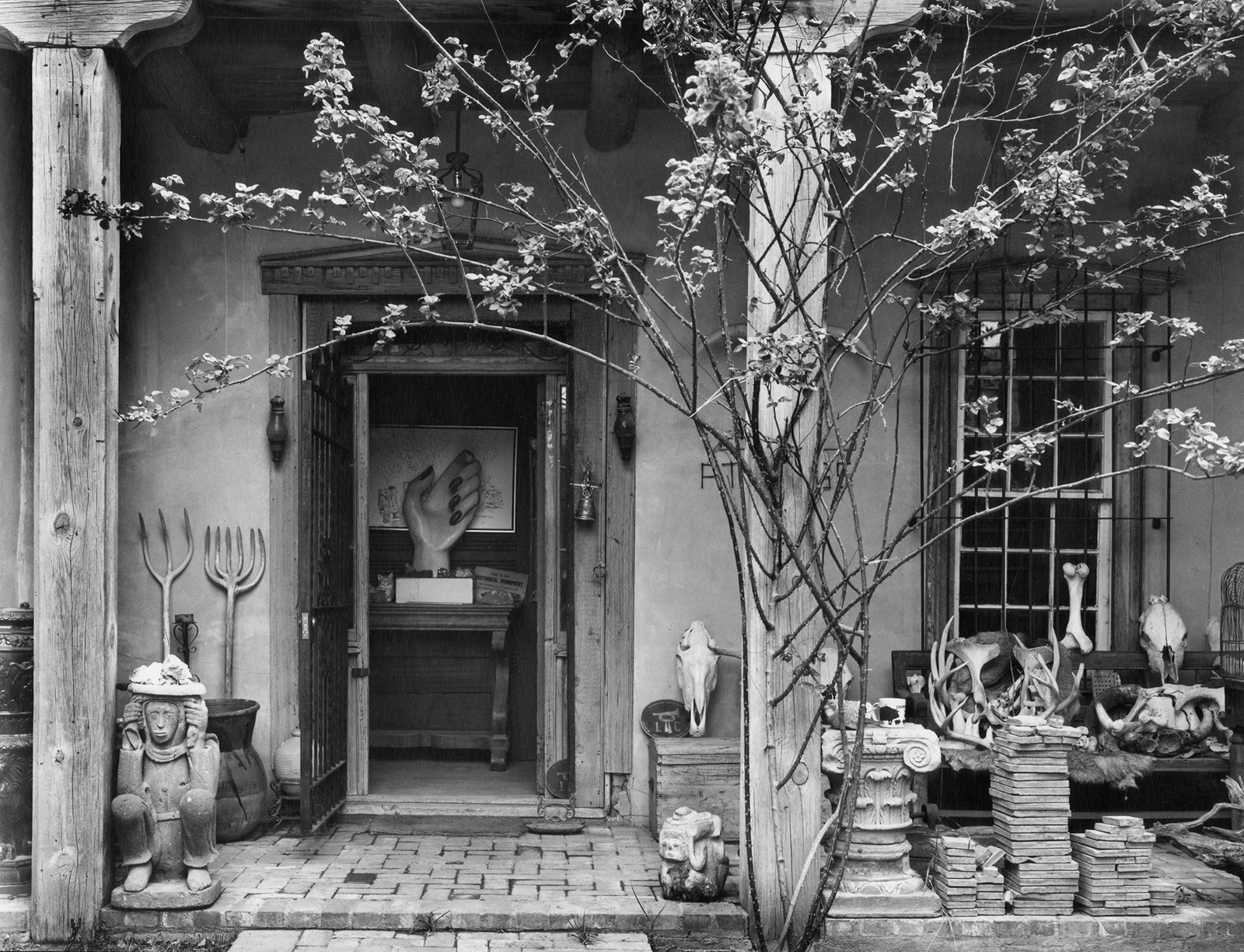 In 1982 I was sent to homes and museums to photograph for “New Mexican Furniture, 1600–1940” published by the Museum of New Mexico Press. John Meigs sprawling adobe in San Patricio was one of those homes, and I returned for the next two years to photograph.

From John Meigs introduction to the portfolio:

DETRITUS : A mass of disintegrated material.
FORT MEIGS: The detritus of a life.

I suppose those two definitions may as well describe the contents of a large and rambling adobe structure in the foothills of the Sierra Blanca of Southeastern New Mexico as any other. The twenty-two rooms and various other storage areas in the vicinity are the result of no special organized plan, no conscious effort on the part of the owner to achieve some preconceived idea. They just came together, willy-nilly, over a long period of time. Their very variety denying the idea of a reasonable gathering.